Plenary Panel: How Sustainable & Viable is Multilingualism for Higher Education Purposes in SA?

The realisation of Constitutional provisions as regards the use of all eleven languages for education, remain a mirage in South Africa. Recent judgments regarding languages for teaching and learning, as media of instruction, in the context of Unisa and the UFS seem to prophecy a monolingual higher education context in which English becomes a hegemonic language in the absence of viable alternatives. Furthermore, those alternatives are neither desired in terms of African language speakers themselves, or are resisted in terms of the use of a language like Afrikaans. In both the court judgments the education merits of multilingualism are lost and in the media the political and ideological positions dominate. This panel will debate the issues and consider how we move beyond the impasse. 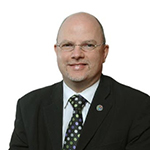 Robert Balfour is currently the Deputy Vice-Chancellor (Teaching and Learning) at the North-West University. After being awarded a Commonwealth Trust Scholarship in 1997, he completed his doctoral degree in English language at Corpus Christi College in Cambridge. He held fellowships at the Institute for Commonwealth Studies at the University of London, Clare Hall at Cambridge University, and the Institute of Education at the University of London. His previous book on literary-cultural studies Culture Capital and Representation (with Palgrave, 2010) was received with critical acclaim. In 2015 the book, Education in a new South Africa: crisis and change was published by CUP.  He is a C2 NRF rated researcher. In 2011 he was appointed as Dean of the Faculty of Education Sciences on the Potchefstroom Campus of NWU, and led the restructuring of the Faculty in 2013, and from 2016-2017 led the Education Joint Executive Task Team (Edu-JET) as Coordinating Dean responsible for the planning and transition towards an integrated single-Faculty structure for the three campuses of the NWU, Besides being an applied linguist, postcolonial literary critic and educationist, Balfour is an exhibited painter.

MEMBERS OF THE PANEL 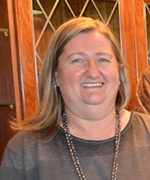 Susan Coetzee-Van Rooy is the deputy dean: research and innovation in the  faculty of humanities at the North-West University. She is also professor of English and a researcher in the research focus area Understanding and Processing Language in complex settings (UPSET). Susan holds a C1 rating from the NRF, and is currently also chairperson of a number of rating panels for the NRF. Her research considers why and when people choose to use particular languages, and how they combine their different languages to perform different functions in their private and public lives, and before that, how they come to learn particular languages, and how they perceive their proficiencies in their various languages. 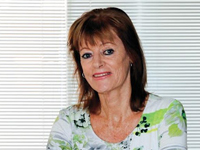 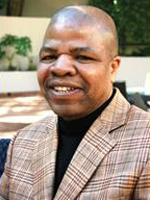