The politics of knowledge in South African universities recently witnessed a radical discursive rupture. The call for decolonising education has been the cornerstone of the students’ recognition struggles at universities. Mobilising on the basis of their demand for free education, students across the university sector articulated the need for change in university knowledge and curricula in the light of what they described as their exposure to Eurocentric, racist and sexist knowledge at untransformed institutions. They argued that such a knowledge orientation is at the heart of their experience of alienation at the university. They suggested that only the complete overhaul of the curriculum on the basis of a decolonising education approach would provide them the type of educational access that addresses their emerging African- centred humanness. This panel will work with / against the call for decolonising education which has raised fundamental questions about reframing the purposes of education. Centring Africa-centric epistemology is at the heart of this educational reframing. The panel will consider languages of description to inform curriculum knowledge selection in educational contexts.  In other words, the debate will centre on the bases on which curricula in universities, schools and colleges are constituted.  The panel is based on the view that a decolonial politics of knowledge, despite some limited activity at a few universities to develop decolonial curricular approaches, operates at the level of symbols and politics. Instead, the debate should turn to considerations about the terms of the curriculum veracity of a decolonial approach. The panel discussion therefore shifts the focus to what counts as curriculum knowledge based on decoloniality, and the conceptual bases on which university departments, programmes and courses would  organise their curriculum knowledge assemblages based on such an approach. 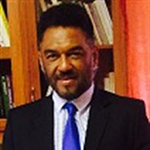 Aslam Fataar is currently a distinguished professor in the Faculty of Education at Stellenbosch University in Cape Town. He completed a PhD in 1999 and served as a Visiting Professor at Ohio University in the USA in 1999.  He completed a Fulbright Research Scholarship at Illinois University, USA  from August 2005 until June 2006. Aslam specialises in education policy the sociology of urban education. His first published book (2010) focuses on ‘Education Policy Development in the South African transition: 1990-1997’, His second book, published in 2015, is titled ’Engaging Schooling Subjectivities across Post-Apartheid Urban Spaces’. He has recently developed a focus on the sociology of curriculum. He has edited one book (2018), co-edited 6 books, and published more than 80 academic articles and chapters. He does active service work on two UNESCO commissions, one is the UNESCO Country Commission on educational development in Southern Africa, and the other is the Global City Network initiative based in Hamburg.  He held a B3 rating between 2009 and 2015, and currently rated as C1.

MEMBERS OF THE PANEL 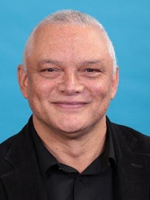 Lesley Le Grange is Distinguished Professor at Stellenbosch University. He is a former Vice-Dean (Research) of the Faculty of Education and teaches and researches in the fields of environmental education, research methodology, science education, curriculum studies, higher education studies and assessment. He has 205 publications to his credit and serves on editorial boards of eight peer-reviewed journals. He is a chairperson of the Accreditation Committee and member of the Higher Education Quality Committee (HEQC) of the Council on Higher Education in South Africa. He is Vice-President of the International Association for the Advancement of Curriculum Studies (IAACS) and is a Fellow of the Royal Society of Biology (UK).

Simphiwe Sesanti is an Associate Professor at the University of South Africa (Unisa)’s Institute for African Renaissance Studies (IARS), and deputy editor of the International Journal of African Renaissance Studies (IJARS). His PhD (Journalism Studies) was obtained at Stellenbosch University where he taught for 7 years in the Department of Journalism. He has also taught in the Department of Journalism, Media and Philosophy at the Nelson Mandela Metropolitan University. He has published in accredited journals on a variety of issues, including gender, African philosophy, journalism and religion. He is an author of two books, a co-editor of one book, and a contributor of chapters in a number of books. In 2018 he was awarded an NRF rating, C2. 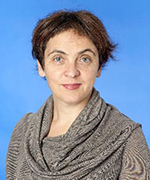 Stephanie Matseleng Allais is the SARCHi Research Chair of Skills Development at the Centre for Researching Education and Labour (REAL) at Wits University. Her research is in the sociology and political economy of education, curriculum, and policy, focused on relationships between education and work. Prior to joining Wits University she was a fellow at the Centre for Educational Sociology at the University of Edinburgh. Before this she managed and conducted research into qualifications frameworks in 16 countries for the International Labour Organization.

Wayne Hugo is an associate professor at UKZN. He is   currently recovering from a bout of writing that resulted in four books by travelling around Africa, exploring disruptive education technologies, trying to get a handle on what to do about the massive demand for worthwhile education from our youth in a world gone awry.